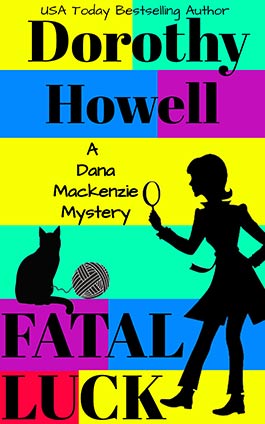 Dana Mackenzie thinks it’s her lucky day when she misses witnessing a fatal hit-and-run, but she soon learns this was no accident.

Dana’s high school crush, Homicide Detective Nick Travis, is on the case. Dana insists their budding romance won’t go anywhere until Nick confesses the sordid details of what happened back in high school between Nick and Dana’s then-best friend. But is this dark secret from their past something Dana really wants to learn?

As Dana tracks down a cold blooded murderer, she must also deal with corporate scams and the ultimate betrayal in her own family. Her high school days come back to haunt when her luck takes a fatal turn and the killer comes after her!

Bonus Content! The entire first chapters of Beach Bags and Burglaries and The Widow’s Little Secret, one of Dorothy’s Judith Stacy historical romance novels, are included in Fatal Luck.

The Dana Mackenzie Series in order: 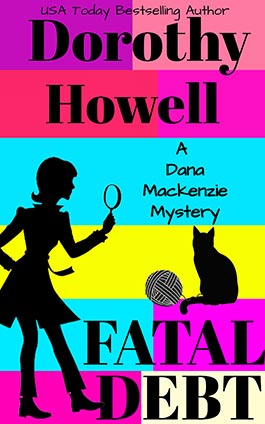 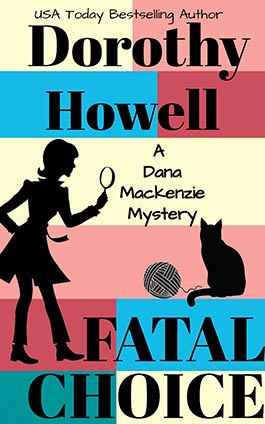 So much for good mojo.

Barely past ten o’clock on a Monday morning and here I was the prime suspect in a murder investigation.

Nick pushed open the office door.  I stood there and let him hold it for a few seconds, then walked outside.  The sky was still overcast but it wasn’t cold—it’s seldom cold in Santa Flores.  We might have a lot of murders, but our weather was great.

Nick led the way around the corner of the building to the parking lot.

“Why did you leave the crime scene?” he asked, his cop face still firmly in place.

“What makes you so sure it was a murder?” I asked.  “I mean, how do you know it wasn’t an accident?  Maybe the driver was too scared to stop?  Or blinded by the morning sun?  Or distracted, or something?”

“Why did you leave the scene?” Nick repeated.

I guess I hadn’t done such a hot job of throwing him off.  I tried again.

“You’re trying to say that makes me look guilty?” I asked.

“No, you’re managing to look guilty all on your own.”

“I can’t believe you’d attach one ounce of credibility to what Janine Ferris told you,” I said.  “She was hysterical.”

Which was also the way I was starting to sound, I realized.

I drew in a breath to calm myself.

“Look, Nick, Jerry could have been in that alley for reasons other than coming to see me.  Maybe he was meeting someone else?  Or going to the deli?  Or having a smoke?” I said.  “And, yeah, whoever ran him down might have been driving a car similar to mine.  It’s a black Honda Civic.  There must be a million of them on the road.”

The great thing about relationships was the subtle nuances involved.  Not that I’m great at anything subtle, but I had this one figured out.

When you got to know someone you discovered all sorts of little tells that gave them away.  A crooked grin.  Tightly pressed lips.  A quirked eyebrow.  All the silent cues that spoke volumes.

Nick had his.  I’d learned a few of them and saw one now.  That little twitch in his left cheek that told me he was just messing with me.

I think Nick liked to yank me around, sometimes, in the hope that I’d offer to have sex with him to get myself out of trouble.

Not a bad idea.

Yet not necessary, at the moment.

“If I’m your best suspect, Sherlock, you’re in trouble,” I said.

Nick leaned a little closer and his killer smile appeared.

Oh, boy.  I was the one headed for trouble here.  There was no real defense against the Nick Travis smile.  It sapped the strength, neutralized vital brain cells, and wiped out the willpower of any female on the receiving end.  I felt myself giving in.     Nick looked away, releasing me from his sexual tractor beam, and backed up a little.  He knew what he was doing.

I did too.  And I’d already been messed with enough today.

“Tell me about Jerry Donavan,” he said.

I should do just that.  I’d witnessed a murder—almost—and I knew the victim.  It was my duty as a citizen to cooperate with law enforcement.

But I wasn’t in the mood to cooperate with Nick Travis.