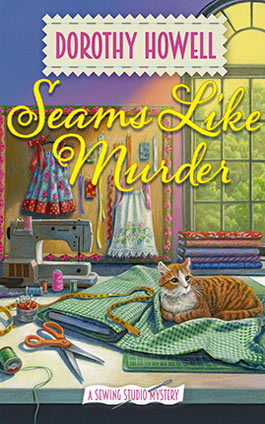 The first book in the Sewing Studio Mystery Series.

Abbey Chandler needs a fresh start and an escape from her big-city job, so quaint, quiet Hideaway Grove, where she spent her childhood summers, seems like the perfect choice.

She barely arrives when the town is stunned by the murder of the spinster librarian. The librarian? Abbey left the chaotic, dangerous city for this?

When Abbey falls under suspicion and her car is seized, she occupies herself by setting up a sewing studio in the back of her aunt’s bakery, and attempts to make pillowcase dresses for charity.

But with the sheriff making little progress in the case, Abbey realizes she must investigate the murder herself. As she stitches clues together, a pattern develops and the truth begins to unspool. She’s got a notion about who’s guilty. 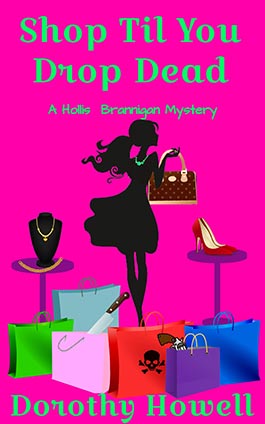 Hollis Brannigan, newly arrived in Los Angeles, left Kansas for the bright lights of Tinseltown—but working as a personal shopper for a prestigious concierge service isn’t a job she ever wanted. Life only gets worse when she’s assigned to D-list clients: Fading Hollywood stars, aging industry insiders, new clients with no name value, and most any nut case who stumbles into the office with money to pay their outrageous fee.

But Hollis doesn’t intend to spend her days making other people’s dreams come true. She’s focused on getting a position in the investigations department.

She gets a chance to prove herself by posing as an investigator for a missing dog case—but when she arrives at a stately Hancock Park mansion, she learns there’s no missing dog. Instead, she’s shown a secret room, a handgun, a vintage Louis Vuitton suitcase stuffed with cash, and is told she has to find a killer.

Now shopping for a murderer among L.A.’s exclusive shops and luxury boutiques, Hollis discovers scandals, lies, broken dreams, and enough old secrets to fill a Black Friday shopping bag. But suspects and evidence are as rare as a Rodeo Drive discount outlet, and a cunning killer may be much closer than she thinks.

Somehow, she must find the murderer before her shopping days—and maybe her life—are over! 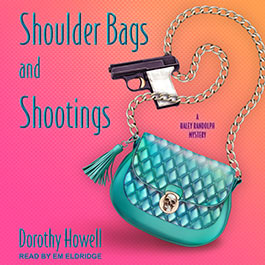 Life is beyond fabulous for Haley Randolph.  She just spent two amazing weeks in Europe with her boyfriend Ty Cameron, owner of Holt’s Department Store where Haley works.  And now Ty’s grandmother, Ada, is letting Haley drive her way-cool Mercedes.  Plus, Haley’s closing in on the season’s must-have handbag.

But when Haley finds the body of her nemesis in the trunk of Ada’s Mercedes, things aren’t so fabulous anymore.  Topping the list of suspects, Haley must solve this murder quickly – and find that hot handbag – before she becomes a killer’s next fashion fatality!